Tourism operators in Sainte-Marie are delighted to welcome the first direct flight between Nosy Boraha and Reunion, scheduled for September 17, 2022. 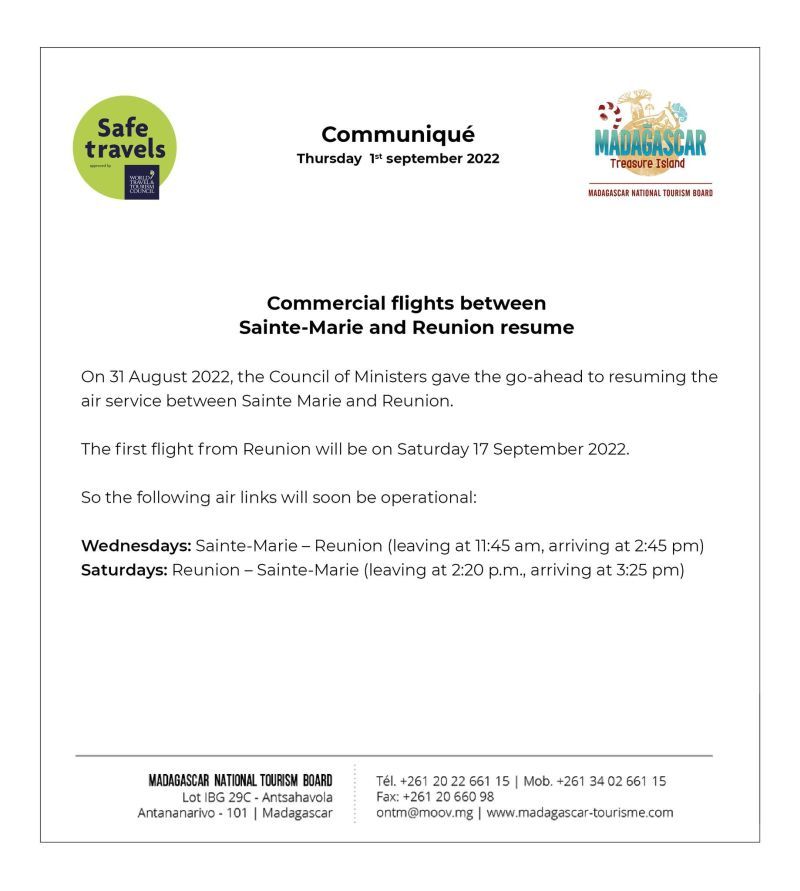 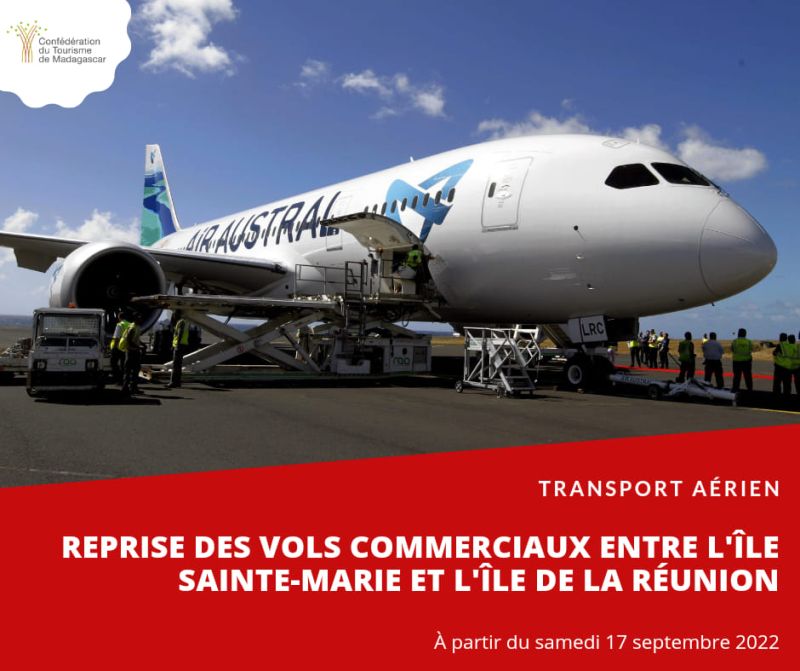 Following the request of operators working in the tourism sector in Sainte-Marie, a first service flight between this island called Nosy Boraha and Reunion, will be scheduled for September 17, 2022. This direct flight connecting the two islands will disembark at Sainte-Marie airport at 3:25 p.m. local time. This is a promise kept by the President of the Republic, Andry Rajoelina, following the official opening of the new event entitled "Whales in celebration", organized by the Tourist Office of Sainte-Marie in collaboration with the Ministry of Tourism. Whale watching is also a flagship product making the reputation of Nosy Boraha worldwide. It is also one of the most popular destinations for both national and international tourists. That's not all ! A second flight serving Sainte-Marie and Reunion will also be scheduled for Wednesday, September 21, 2022. This will revive the various local players living mainly from tourist activities. An influx of tourists will thus be expected for this destination qualified as a tropical paradise.

Indeed, the Council of Ministers of this Wednesday, August 31, 2022 decided and announced the resumption of direct flights between Sainte-Marie and Reunion Island. The first flight is scheduled for Saturday September 17, 2022 from this French department.

The Ministry of Tourism also announced this good news on its Facebook Page. 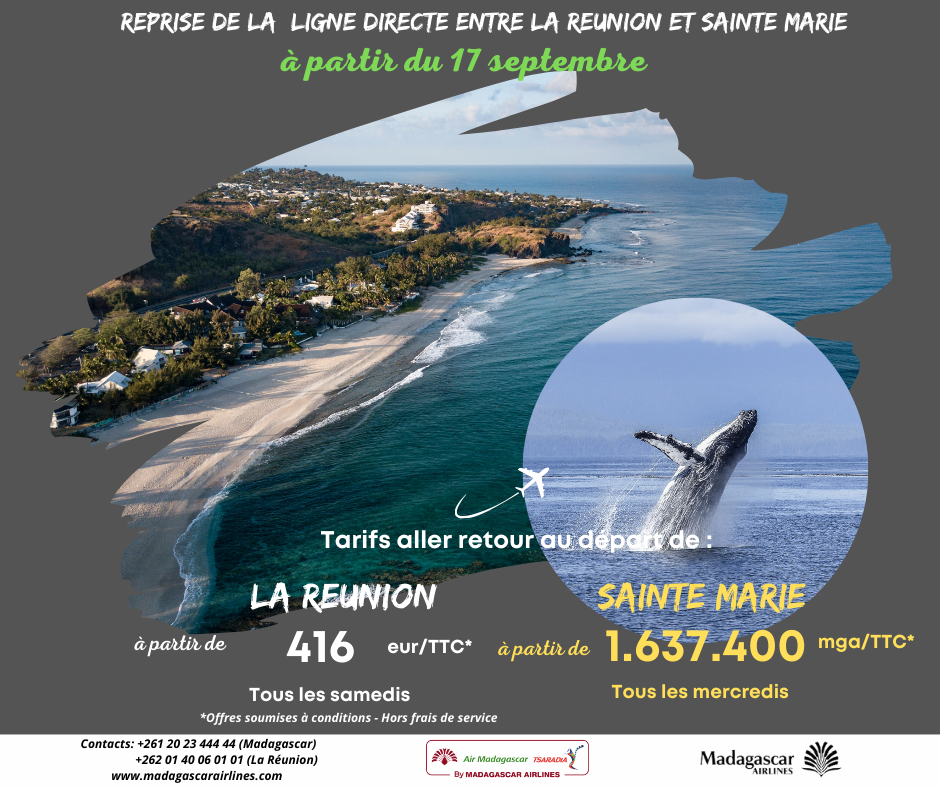