Vohipeno is a small village located on the east coast of Madagascar. It is one of the gateways to navigate the Pangalanes Canal.

Certainly, a village steeped in history. Here we give you an overview thanks to this  photo de Philippe BEAUJARD du CNRS. It dates from 1984.

Vohipeno. Village of Vatomasina (Madagascar). In the hut of one of the four religious leaders of the village, scribes from the four sub-clans meet to produce the "rice writings", copies of prayers and magical texts in "Arabic" taken from ancestral Sorbian books. On the right, covered with a zebu skin, an old manuscript. In the center, open, a manuscript of recent manufacture, copied into an account book. The texts are written on the right side of ravenala leaves, "traveler's tree", using calames, cut bamboo feathers, and ink made locally from the bark of a tree. 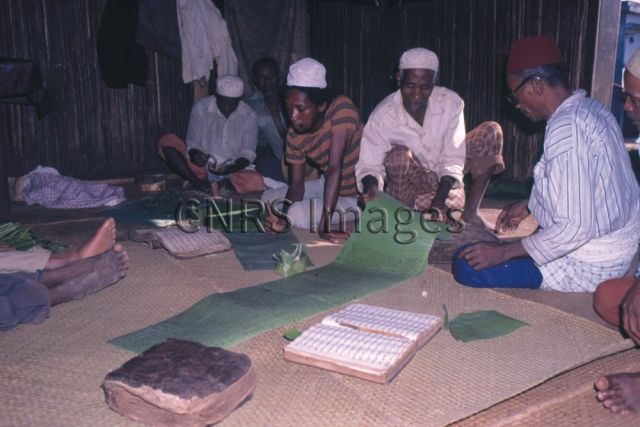 The PRM Rajoelina inaugurated this high school on January 28, 2021.

Vohipeno flown over by a drone by Jordan Daewoo

Vohipeno is a rural Madagascan commune, capital of the Vohipeno district, located in the south-eastern part of the Vatovavy-Fitovinany region, on the Matitanana river. Vohipeno is located 42 km from Manakara on the national road to Farafangana. The economy of the municipality is mainly based on the agricultural sector with products intended for export such as coffee, pepper and fruits.

But where is Vohipeno in Madagascar ?

Vohipeno, 18,000 inhabitants, is located on the East Coast of Madagascar, in the Fitovinany Region. This village is part of the Cruise and discovery circuit of the Pangalanes Canal. From Manakara, Vohipeno can be reached by the national road towards Faranfangana, over a distance of 42 km. FYI, the economic sector mainly produces cash crops: coffee, pepper, lychees, etc.

In January 2020, a major fire reduced 35 homes to ashes. We counted more than 1,500 victims. A short circuit is at the root of this disaster.