The procrastination of Hery Rajaonarimampianina is doing the business of his successor. Andry Rajoelina announced the reactivation of the rehabilitation project of the Pangalanes canal. 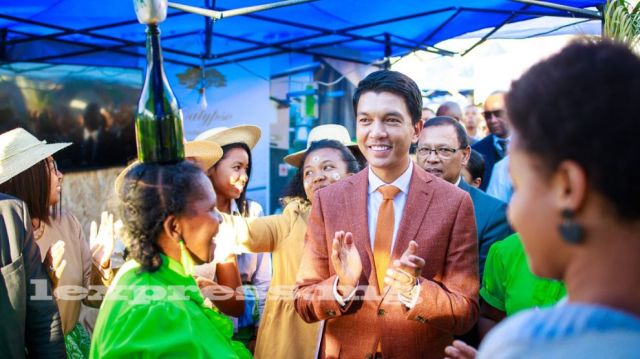 The President of the Republic indicated that the government will be particularly interested in the rehabilitation of the Pangalanes Canal. " We have to finish the Pangalanes Canal over the next five years " Andry Rajoelina said on the sidelines of his visit to the International Tourism Fair, saying that this waterway along the east coast of Toamasina to Farafangana for eight hundred kilometers should allow to drain more tourists in this area. The President announced that he will make a descent on site in August to see first hand the reality of a channel, silted at some points, affecting the fluidity of its traffic. This is a new titanic project that has just announced Andry Rajoelina.

However, the project is not totally new in that it joins the flagship agreement concluded by the regime and the Kingdom of Morocco during the official visit of Mohamed VI to Madagascar in late 2016. March 2017, a delegation of experts from the Moroccan company responsible for carrying out the work, Marchica Med, carried out a reconnaissance mission on the canal. Since then, no further communication has been made about the Pangalanes until yesterday in Ivato and this statement by the President. Andry Rajoelina did not, however, give any indication of Madagascar's partner (s) for this project. A source from the Maritime and Fluvial Port Agency (APMF), however, let slip that the "Moroccan project is not classified". An indiscretion that speaks volumes.

Regarding the tourism sector in general, the President said that the regime intends to tackle the problem of lack of reception facilities. In this sense, he said that foreign direct investment will be facilitated through, inter alia, more transparency in tenders in the tourist sites of the island. Andry Rajoelina to specify that hotels of high standing will be built around the national parks. " We are going to build at least ten five-star hotels during the mandate " he says. Madagascar will focus a lot on the hosting of an international exhibition on tourism in the Indian Ocean in a few months that will see the participation of several major international hotel groups, according to the President.